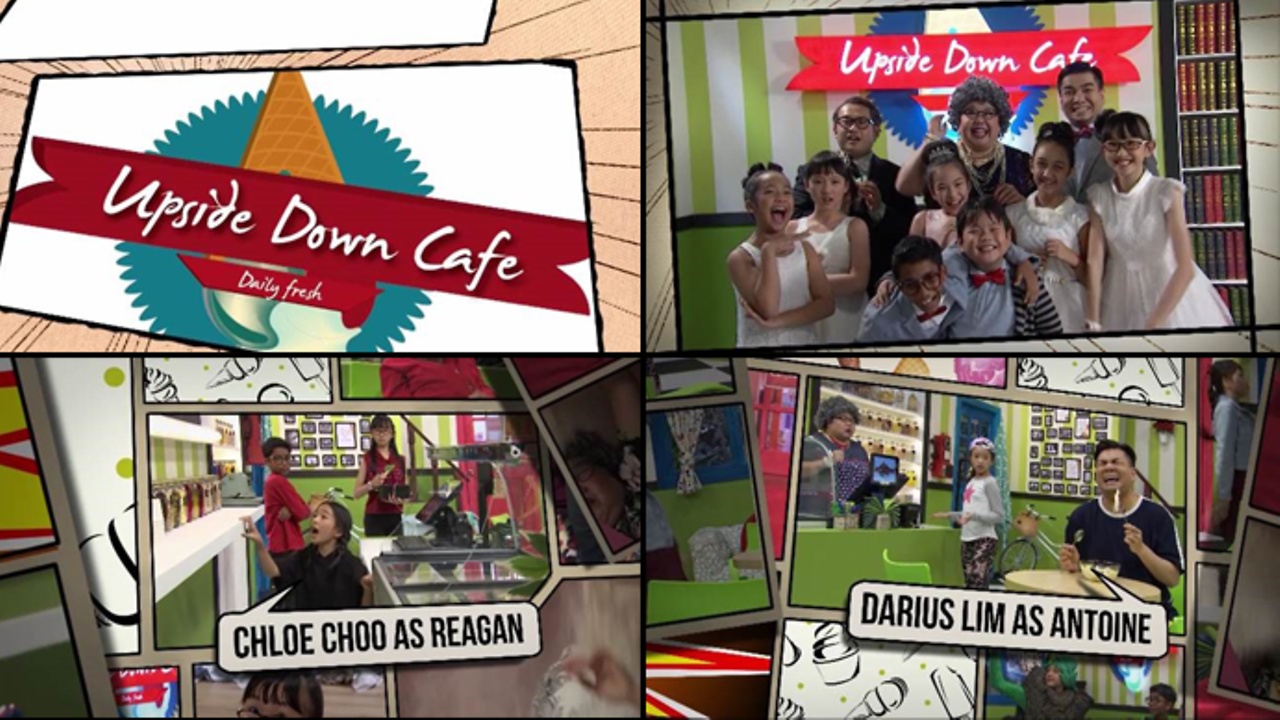 Mediacorp has announced a fresh lineup of programmes on okto for 2018 to appeal to its target audience of young people and those who lead active lifestyles and pursue active learning.

In the pipeline are:

•  okto’s first original local sitcom for children, Upside Down, which debuts in January 2018
•  A rugby drama, Hullet Tigers, that draws its inspiration from Singapore’s 200-year-old sporting heritage, debuting in late 2018
•  An interactive studio-based, history-focused game show for Primary school children, The Museum, which debuts in mid-2019

Upside Down is a 24-episode comedy series laced with Singapore-style humour that local kids can identify and are familiar with. The story revolves around Antoine, a single parent, his vain and cheeky 60-year-old mother and his 11-year-old spunky daughter. Together they run an ice-cream parlour, which doubles up as a second home to a group of lovable children who are sadly misfits in society. Through its witty dialogue, the importance of family values and ‘being yourself’ shine through, as well as the promotion of dancing as a lifestyle and healthy art form.

Upside Down debuts on 10 January 2018 and is shown every Wednesday and Thursday on okto at 6.30pm. In an effort to engage the younger generation and new audiences, Upside Down will have webisodes of 3 - 5minute specially created for Toggle. These online clips will be repurposed for social media platforms as well.

Michelle Chang, Lead, English Audience, Mediacorp, said, “One of Mediacorp’s key priorities is to encourage active learning and lifestyle in young people through content that is made available everywhere; on okto, on Toggle and through on-ground events such as the upcoming okto Kids Fiesta in Jan 2018, where families can come and experience their favourite okto cast, characters and sets.”

Added Ms Chang, “okto was repositioned as a dedicated channel for children and premium sports content in April 2017. From then to September 2017, viewership on okto saw a year-on-year increase of 12 per cent. We’ve also received encouraging feedback to the channel’s main objective to promote an active lifestyle and learning among Singaporeans.”
Details of the upcoming okto Kids Fiesta happening on 20th - 21st January next year will be announced in the later part of this year.

In the local content pipeline are 12 new titles that have been given the green light under Infocomm Media Development Authority (IMDA)’s PSB Contestable Funds Scheme (PCFS). These 12 titles – five info-tainment, four drama and three short series – will air on okto over the next two years, starting March 2018, providing more than 60 hours of original local children’s content. As part of continuous efforts to create transmedia content, all the programmes will come with online clips to further engage audiences.

Ms Dorothy Lai, Director, Public Service Media and Assessment at the Infocomm Media Development Authority (IMDA) said, “IMDA is happy to support Mediacorp to produce more children’s programmes on okto that reflect Singapore’s culture and values, and resonate with our younger viewers. These stories will also be made available online through Toggle to better reach out to the younger generation, to keep them engaged as well as promote interest and learning.”

Okto is the #1 Kids TV Channel in Singapore, and these 12 new titles will provide multiple opportunities for strong brand association while effectively reaching out to 185,000 children aged 4 - 14 weekly and 167,000 parents with children under 15 years old. Call your Mediacorp Sales Representative or Mediacorp Advertising Enquiries hotline: 6333 9888 to find out more.