SINGAPORE — Through its support services, one local charity is hoping to help visually-impaired persons lead a mainstream life, which includes studying at mainstream schools.

As Dr Audrey Looi, 48, founding board director of charity iC2 PrepHouse, said: “For the low-vision cohort, mainstream schooling is best for them because apart from the vision disability, they don't have, for instance, mental disability that hampers their studies.”

But to cope, these visually-impaired people need to acquire compensatory skills — such as the use of braille, assistive technology and computer skills, social interaction skills. And this is where iC2 PrepHouse, set up in November 2012, comes in.

Like a preparatory centre, it teaches clients from all ages, from toddlers to students in tertiary institutions, these compensatory life skills. The clients can visit the centre whenever they feel they need help in acquiring new skills, or when they encounter difficulties. Some visit weekly, others visit monthly, depending on their individual needs. 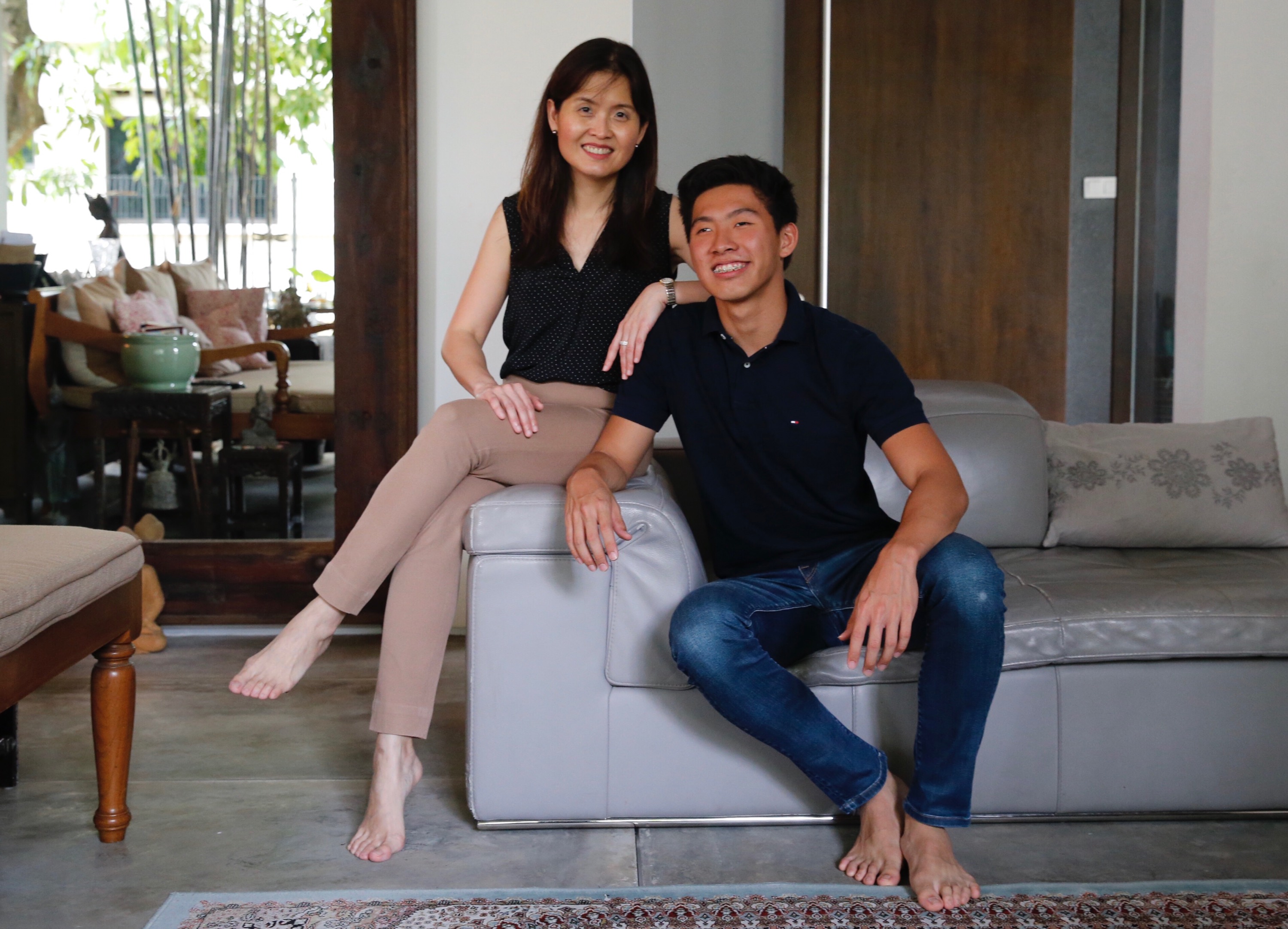 Dr Audrey Looi, 48, board director of iC2 PrepHouse and her son James Ang, 17. James was diagnosed with Stargardt’s macular dystrophy, a genetic eye disorder which causes progressive vision loss, when he was eight.

About 10 staff work at the centre, with co-founder Madam Lee Lay Hong as the principal trainer. Madam Lee, herself a mother of two visually-impaired children, has a postgraduate degree in special education, specialising in visual impairments.

She went to Australia to learn how to help people with visual impairment so that she could learn to better support her own children. On her return, she wanted to help others like her.

To date, 126 have benefitted from its programme, with 83 beneficiaries still actively seeking intervention at their centre in Jurong Point shopping centre.

Founded by Dr Looi and Mdm Lee, the charity was two mothers’ response to their own struggles in getting specialised support for their low-vision children.

Dr Looi’s 17-year-old son, James Ang, was diagnosed with Stargardt’s macular dystrophy, a genetic eye disorder which causes progressive vision loss, when he was eight. As an eye specialist herself, Dr Looi, a senior consultant at the Oculoplastic Department at Singapore National Eye Centre (SNEC), knew James could continue studying in the mainstream primary school he was attending — with the right support.

But, even though the concept of low-vision curriculum exists in other developed nations like Australia, the UK, and North America, in Singapore, nobody they met knew about it, said Dr Looi’s husband, Dr Ang Beng Ti, 49.

The senior consultant and head of department of Neurosurgery atthe National Neuroscience Institute said they even thought of migrating overseas for James’ sake. Then they met Mdm Lee, who was giving ad hoc lessons to help low vision children manage their disability.

Even though Mdm Lee charged only S$30 for travelling expenses, many families who sought her help expected her to provide her service for free. So a year after Dr Looi befriended Mdm Lee, they decided to formalise what Mdm Lee was doing and set up a charity to help others like themselves.

Mr Mirpuri Chandru Gobindram, whose 11-year-old son Grishm Chandru Mirpuri suffers from a visual impairment due to his premature birth, picked up Braille at the centre in his second year at kindergarten. “That gave him a solid foundation to begin his primary education in the mainstream class in Lighthouse School,” said the 49-year-old teacher.

Setting up and running a charity, however, is no easy task. The ability to raise enough funds is a perpetual challenge, given that the charity needs to raise at least S$350,000 per year to sustain its operations, said Dr Looi.

In August, iC2 PrepHouse is organising a charity dinner with SG Enable. Called The Enabling Fund Gala, the event on Aug 24 at Grand Hyatt Singapore aims to raise S$850,000 for iC2 PrepHouse and TODAY Enable Fund, a charitable fund to enhance the education, skills and employment prospects of persons with disabilities.

To find out more about the event, visit https://www.giving.sg/sg-enable-ltd/enablingfundgala