The search for Mediacorp’s ultimate King of Culinary starts today!

Mediacorp returns King of Culinary in a bigger and more exciting, multilingual format! Singapore, 15 February 2022 – Home chefs, get your secret recipes ready as Mediacorp’s King of Culinary returns - this time, in a bigger and more exciting, expanded multilingual format! From now till end of March, cooking aficionados who are looking to showcase their culinary expertise can sign up for intense cookoffs against Singapore’s well-known chefs in the journey to being crowned the ultimate "King of Culinary Kings” and win up to $20,000 in cash!

Following the success of the Mandarin version of King of Culinary Seasons 1 and 2, this popular cooking competition returns across multiple channels and platforms, to offer amateur chefs the opportunity to showcase their imagination and culinary expertise.

Over a period of 10 weeks in Phase 1, contestants will participate in three separate cooking competitions – Raja Kaiya Vecha (ராஜா கைய வச்சா), Raja Kulinari and 三把刀, conducted respectively in Tamil, Malay and Mandarin. Within each contest, participants will go through the same competition format of facing off three professional mentor chefs and their respective mentees in four rounds.

Participants will first kick off their journeys by picking a mentee to battle against, and only a win will secure the entry into the second round to pit their skills against the first mentor chef. Should they win again, they will be awarded $2,000 and the mentor chef’s knife, and face the decision of continuing the competition to battle the next mentor chef in round three, or exit the competition. If they stay and win this round, they will gain an additional $1000 and another knife, and face the same decision again in round four. Contestants who complete all four rounds will win a total of $4,000 and all three mentor chefs’ knives. The contestant who wins the most number of rounds will stand a chance to emerge as the King of Culinary and qualify for the grand finals, where they will challenge other Kings of Culinary.

Come Phase 2, the three Kings of Culinary will clash in the ultimate culinary fight coined Battle of the Kings, as they go through a series of challenges over the span of four weeks. The final winner will earn the glory of being crowned the ultimate “King of Culinary Kings”, and walk away with up to $16,000 in cash!

Angeline Poh, Chief Customer & Corporate Development Officer, Mediacorp, said: “We are thrilled to launch this expanded version of King of Culinary, across our multiple language platforms, in the search for the ultimate King of Culinary Kings among Singapore’s many talented amateur chefs. So calling all cooking enthusiasts, do join our casting call today!”

Interested participants looking to have a shot at achieving their culinary dreams can apply at this website by 31 March 2022. King of Culinary is only open to those who are currently not working as a professional chef or those who have never worked as one before.

The four contests: Raja Kaiya Vecha (ராஜா கைய வச்சா), Raja Kulinari and 三把刀 (Phase 1) and Battle of the Kings (Phase 2) will be available on meWATCH and Mediacorp Entertainment on YouTube, as well as on Vasantham, Suria, Channel 8 and Channel 5 respectively. For viewing details, please refer to Annex C. 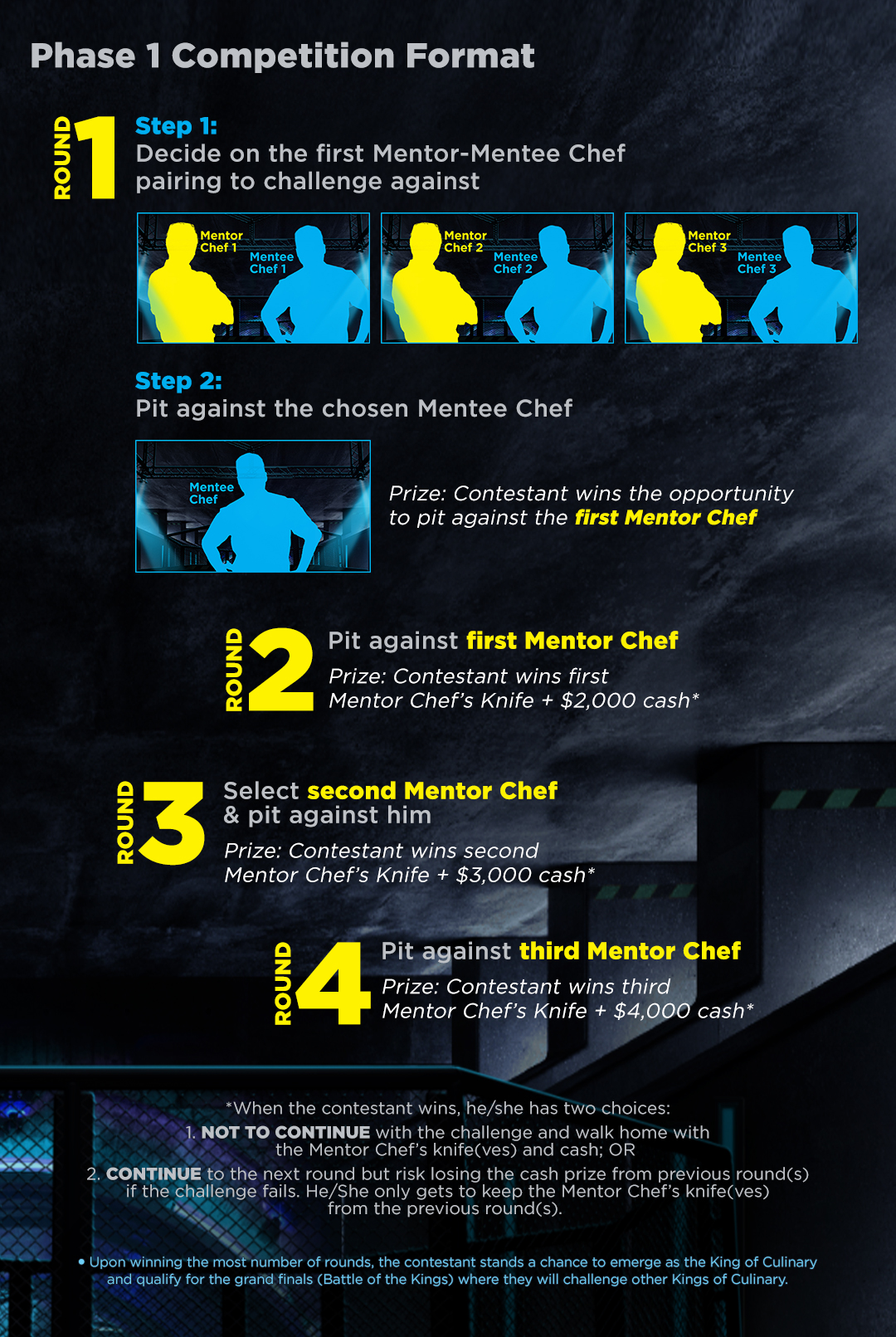 Phase 2 - Battle of the Kings 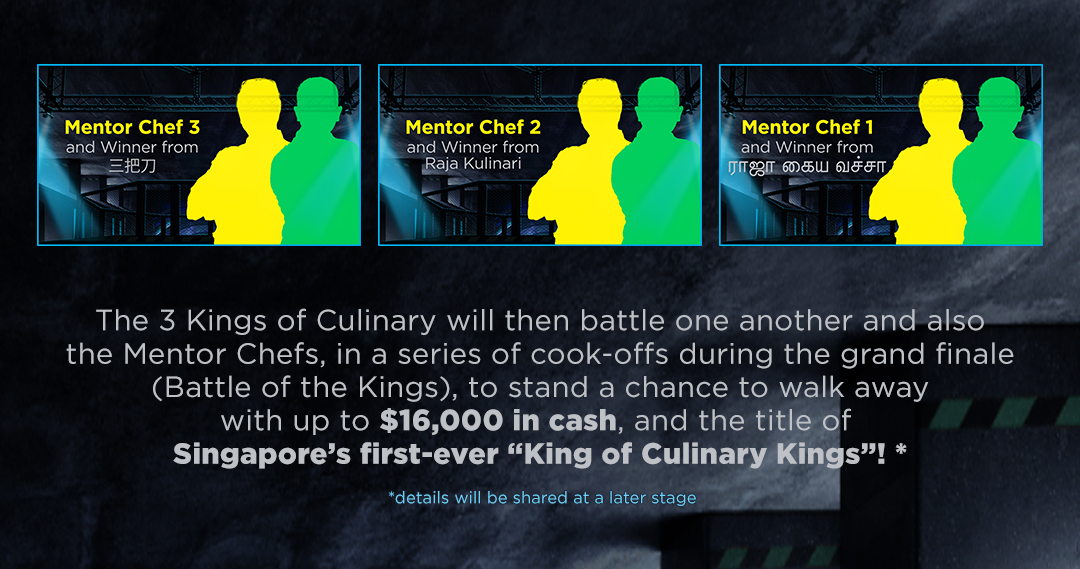